ME Campaign Launches for Universal Health Care on 2022 Ballot

According to CNN exit polls from the 2020 primaries, 70% of Mainers say they support a government-run health-insurance option that covers everyone over private insurance plans. 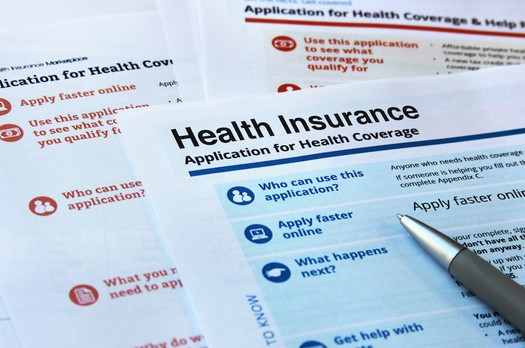 According to CNN exit polls from the 2020 primaries, 70% of Mainers say they support a government-run health-insurance option that covers everyone over private insurance plans. (Annap/Adobe Stock

AUGUSTA, Maine – The group Maine Healthcare Action is launching a campaign to get universal health care on the state ballot in 2022.

Instead of proposing a specific bill, the initiative would direct the Maine Legislature to draft and enact a universal health-care plan by 2024. Research indicates most Americans think the government has a responsibility to provide health coverage for all, and in exit polls from CNN in last year’s primaries, nearly 70% of Mainers said they support a universal government plan over private insurance.

Abbie Ryder, the group’s campaign manager, said the economic crisis caused by the pandemic has made it a critical time to act.

“Our Legislature has seen multiple universal health-care bills get to the floor, but then just not go any further,” she said, “so we thought a major element that was missing was the voice of the people.”

She pointed to economic research that shows universal coverage would save Maine’s health-care system money and keep rural hospitals afloat. Hospital closures in recent years have meant people who don’t live in southern Maine or urban areas often have to travel far to receive care.

Ryder noted that Maine has one of the highest senior populations in the nation and one of the highest poverty levels. She said it’s crucial to find a way to cover people who are uninsured or underinsured, and the pandemic has spotlighted the risks of having insurance tied to employment.

“Roughly 30% of Maine residents, their insurance comes through their their workplace,” she said, “and obviously, they’ve lost insurance if they’ve lost their job.”

Ryder said she has faith the Legislature will take on universal health care with some additional public pressure. She added that the campaign is in its early stages, recruiting volunteers and preparing to gather signatures.